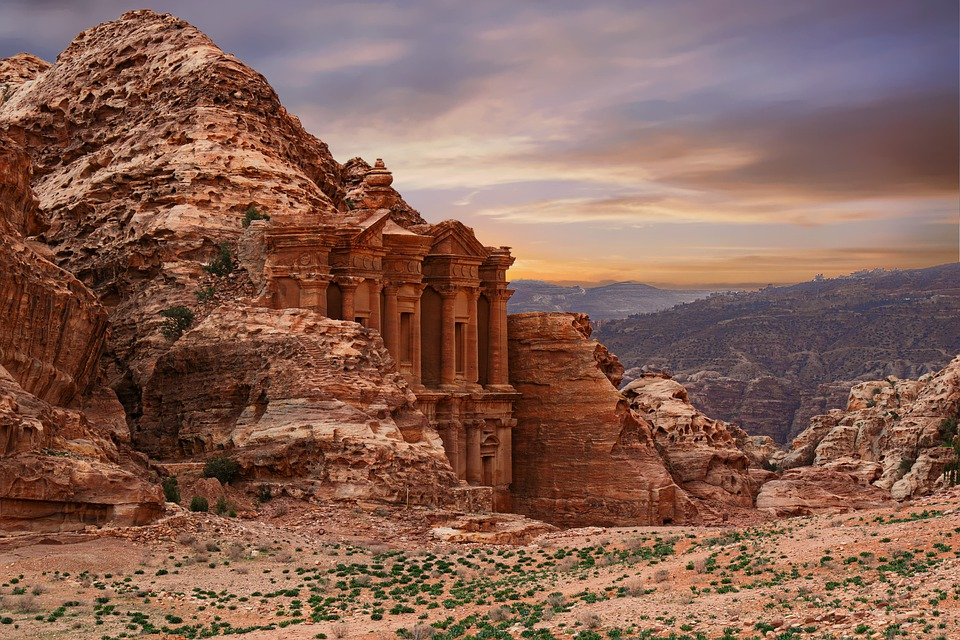 Most of us are planning for some kind of jaunt after all of this is over and the pandemic is but a recent memory. Jetting off to somewhere hot, sunny and adventurous is just what many of us need after such a long time from being able to go on holiday. There are a number of hot countries to fly off to. You are spoiled when you have Greece, Egypt and Cyprus in the runnings to welcome back tourists first and foremost. Jordan is also working hard to open it’s doors and allow travelers to hike around, go camping and explore their cities. Jordan is also overlooked because it’s neighbor in the form of Egypt, often gets the cake when it comes to tourists who want a mysterious Middle Eastern adventure. But we are now going to make the case for Jordan.

Jordan is a hot, sunny and sandy country, with a lot of desserts and mountains. Being so close to Egypt has meant that a lot of cultural boundaries have been crossed and mixed over the years. Jordan has a very long history of cultures and civilizations that have thrived in the desert.

Wadi Rum is a great example of the Jordan climate. It’s yellow and orange sand goes on for miles and miles. If you didn’t have transport and access to food and water, you would be liable to panic. The Valley of the Moon as it’s called by locals, is known to have zero light pollution. So if you ever wanted to know what it would be like to camp out in the middle of a desert, underneath the stars, eating spicy and herby meats, you are not going to be disappointed here. They provide tours with camels and they can carry all of your baggage to where you want to go. The valley is surrounded by sandstone and if you look hard enough, you can find petroglyphs left behind by ancient civilizations. It is a protected area, so you cannot leave your rubbish lying around and you need to inform the local authorities of who you are and where you are going.

Carved into the rock

Al-Khazneh is an incredibly elaborate temple in Petra, which was a city of the Nabatean Kingdom as early as the 1st century. So the Treasury as it’s called, was built almost 2,000 years ago, right into the rock. The structure was carved right out of the sandstone rock face, which must have taken months to do. As you can see, there are early signs of scrolls and oak leaves in the columns that are holing up the structure. This is something that we see a lot in European designs, in the same period, but for it to be carved into the rock itself and not a column that has been carved from a block of rock, is very impressive. You can tell the then king, Aretas IV wanted something very specific to impress foreigners who come into his kingdom.

It only became a treasury or known as the treasury in the 19th century. It has been abandoned for a long time but it became popular as the rise of travelers occured the more railway lines were placed in the country.

In the city of Amman there is a Roman theater that can seat 6,000 people. It was built in the 2nd century and was obviously inspired by the theaters of the ancient Greeks. The vast open space in front of the stage allows for chariots and horses to race by. One can only imagine the kinds of theater stories that were told here and the kinds of props they must have used. The Romans stayed in Jordan for a long time, almost as long as Egypt. During their stay they must have captured and herded camels across the desert, to then be boarded onto their wooden ships and finally, showcased in triumphs and celebrations back in Rome.

You can experience this on good Jordan Tours which cover some of the best sites in 7-14 days. They take care of the travel arrangements and you see ancient sites one after the other, and enjoy good food. The theater is obviously very large, able to seat thousands of people. So one must imagine that it was not for any old stories. This is where they must have entertained kings, queens and emperors.

Hot springs in the desert?

Yes, the Ma’in Hot Springs are a resort that is carved out of the hills in the western part of the country. This is because you have a lot of water flowing in from the Dead Sea and the hot springs are the perfect place to be when you are in the desert at night. It can be very chili at night, with temperatures easily dropping to below zero in some places. The hot springs, however, balance this out and bathing in them while looking up at the stars is a once-in-a-lifetime experience.

Here you will also find good food and company. Their Olive restaurant is lit up with candles and guests can wear the authentic clothing to dinner if they want. Here you will also be given a guinea Zarb dining experience. The chef will serve the meal communal style, which will be shared among everyone in a Bedouin tent. The guests are able to enter into the restaurant at 8 o’clock, at night and be given a welcome drink of Arak. This is a sweet spirit drink that kind of looks like lemonade. Because the dining is outside and in a tent, and the food is shared among everyone, the seating limit is going to be 24. So if you want to book a place, make sure you are quick to call and reserve your seats. You can also book group dinners so you have a portion of the restaurant to yourselves.

Jordan is a great country to visit once all of this virus stuff is over. It’s a great place with a very mysterious past. If the Romans thought it was good enough to build theaters, halls, temples and more, then it’s good enough for us now.